​Various types of barcodes exist today, each of them with unique symbologies and functions. The symbology of any given barcode is, essentially, its technical details – the width and quantity of bars, character set, encoding method, and more. We see these black and white lines and patterns on just about every item we purchase at retail stores. But have you ever stopped to find out more about these types of barcodes that, besides money, make our world go round?
​

UPC-A barcode
UPC
UPC (Universal Product Code) barcodes are commonly used in retail outlets on consumer goods at the point of sale (POS). The UPC system was the original barcode format, developed and used first in the United States and is still widely used in North America and parts of the world today. There are two types of UPC barcodes, both linear and comprising of a strip of black bars on a white space above a sequence of numbers: the 12 digit-encoded UPC-A, and the compressed 7 digit-encoded variation, created to be used on smaller products, UPC-E.

EAN-13 barcode
EAN
EAN (European Article Number) is used worldwide for retail product marking, and should be your first choice if you’re selling products internationally (of course, it is recommended to check with your retailer first). Developed to be globally accepted, EAN barcodes comprises of an additional digit on each variant so that countries around the world can be included in the system – EAN-13, the original format, with 13 digits; and EAN-8, the compressed version for usage on small products, with 8 digits. The makeup of EAN barcode digits consists of the company number, item reference and single check digit.

ISBN
ISBN
ISBN (International Standard Book Numbers) is a 13-digit linear barcode developed specifically for once-off publications such as novels, non-fiction books and e-books. With the ISBN system, both physical and online bookstores and libraries are able to track each edition and variation of a book (reprints not included). This type of barcode, also a strip of black bars on white space above a numerical sequence, is used internationally.

ISSN barcode
ISSN
ISSN (International Standard Serial Number) is similar to the ISBN barcode, only it specifies in identifying print or online periodic publications such as magazines and newspapers. This 13-digit linear barcode is followed by an additional 2 digits – illustrating the issue of the publication. Those publications with both a print and online presence will have two ISSN numbers formatted for each.

Codabar
Codabar
Developed in 1972, the Codabar is a linear barcode symbology. Although newer and more advanced types of barcodes are used today, Codabar symbologies are still often used in library systems and sometimes even in blood banks. It is represented as a set of black bars with varying widths on a white space above a set of numerical, symbolic and alpha-numeric characters.

ITF-14 barcode
ITF
ITF, also known as Interleaved 2 of 5, is a 14-digit barcode. Most commonly, this type of barcode is used for when barcodes need to be printed on corrugated cardboard as they are able to maintain high printing tolerances. ITF-14 barcodes or case barcodes are a specialised variation of the Interleaved 2 of 5 and a perfect choice to mark cardboard boxes and packaging, inside of which would contain products with UPC and EAN or even ISSN and ISBN barcodes.

Code 128
Code 128
Code 128 is a high-density linear barcode symbology which can be alphanumeric or numeric-only encoded. Named after its ability to identify all 128 characters of the ASCII (American Standard Code for Information Interchange), Code 128 is widely used across the globe and is extremely reliable. Although it cannot be used to identify point of sale (POS) items, Code 128 is ideal for shipping and packaging industries as an identification code for containers.

Code 39
Code 39
Code 39 is also an alphanumeric barcode symbology; however it specifies in only 43 characters of the ASCII. It is a general-purpose linear barcode that is internationally recognised and commonly used, typically in the automotive industry as well as marking products for the United States Department of Defence. Its greatest disadvantage lies in its low data density, resulting in having the ability to label only small goods. 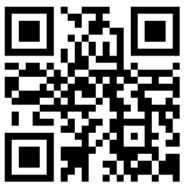 QR Code
QR Code
QR (Quick Response) Codes are two-dimensional Matrix symbol barcodes – consisting of black modules spread across a white square grid. First designed for the automotive industry in Japan, QR Codes now serve varying purposes as they have a fast readability, a large storage capacity, and can support different modes of data. This advancement has made it easy to track products, identify items and have become extremely common in consumer advertising as the QR Code can be read with an imaging device such as cameras and typically smart phones. Once the QR Code is captured by the imaging devise, it is instantly converted to whatever form it represents – most commonly a link to a website or page consisting of product information and even the option to buy.

DataMatrix
DataMatrix
A DataMatrix is another 2D Matrix barcode symbology consisting of black and white modules spaced over a grid, similar to that of a QR Code. The difference is DataMatrix barcodes have a much smaller footprint, and are especially suited for logistics and operations solutions where product whitespace is restricted. What is similar, is that they too are able to encode large amounts of data which users can then scan with imaging devices such as cameras or smart phones. DataMatrix barcodes are easily accessible and easy to scan – usually printed or displayed on products or marketing related materials. 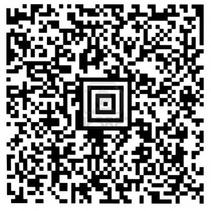 Aztec Code
Aztec Code
The Aztec Code, named for its central finder pattern resembling an Aztec pyramid, is a two-dimensional barcode. What sets the Aztec code apart from other Matrix codes is that is does not require a surrounding blank zone, and is therefore ideal in looking for space saving methods on relatively small products and open spaces. The central grid or ‘Aztec pyramid’ sports the ability for the imaging device to locate the barcode and, from this, information can be easily read, even when rotated. Aztec codes are typically used for tickets sold online. 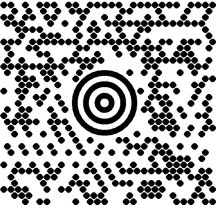 MaxiCode
MaxiCode
The MaxiCode is an image device-readable symbol system suitable for the tracking and management of shipment packages. In appearance and structure, it is similar to QR Codes and DataMatrix barcodes as it has dots arranged hexagonally in a grid , but is similar to an Aztec Code in that it possesses what is called a “Bird’s Eye,” “Target” or “UPS code” in the centre. This means that the MaxiCode can include a primary and secondary message and can be used to encode many types of data. Due to the central circles, the MaxiCode can be scanned at virtually any orientation or angle, making them ideal for efficient scans and urgent deliveries.

PDF417
PDF417
PDF417 are much more powerful than other 2D barcodes as they can hold up to 1.1 kilobytes of data. The PDF417 symbol is rectangular with the shape of the symbol having the ability to be adjusted. This is done by setting the width and allowing the height to grow with the data. These types of barcodes are machine-readable and its vast storage space has been used for cases where photographs, fingerprints, signatures and others are required to be warehoused. PDF417 can also be used for encoding hazardous materials labelling, as well as storing technical specifications and standardisation data on electronic instruments.

​
Numerous barcodes exist to perform specific functions with regards to tracking products and it’s helpful to be informed about the right barcode you may potentially need for your business. Types of barcodes have evolved from linear to two-dimensional along with our advancements in technology. How much more efficient and easy can product tracking and marketing become? The future of barcodes is endless.
​
Image references:
http://www.naxter.com/formats.htm
http://imsbarcodes.com/FORMATS-1200dpi-2400dpi-quality-barcodes-ims-barcode-express-online-studio-serials-isbn-books-issn-magazines-free-qr-codes.html
http://www.dlsoft.com/barcode_types/ISSN_barcodes.htm
http://codecorp.com/symbologies.php
http://www.gs1us.org/resources/standards/itf-14
http://www.labeljoy.com/support/barcode-types/ean-128/
http://mdn.morovia.com/manuals/bax3/shared.bartech.php
http://lucybarrow.edublogs.org/tag/qr-codes/
http://help.accusoft.com/BarcodeXpress/v9.0/dotnet/DataMatrix.html
http://www.123rf.com/photo_15165161_background-composed-of-aztec-code-and-datamatrix-code-barcodes-this-aztec-codes-literally-translates.html
https://www.officialeancode.com/spanish/2d_maxicode.html
http://en.wikipedia.org/wiki/PDF417